Despite the continuing recession we continue to have hopes that the Bristol North Baths Scheme will go ahead soon. We raised concerns about the Orange telecommunications apparatus being attached to the baths chimney which is part of the listed baths building.

However we have removed our objection having been assured by the planning officer that there is no alternative mounting and that all measures are being taken to make the cabling and emitters as discreet as possible.We understood that another major planning permission, the housing affordability project on Pigsty Hill which we have also supported was unlikely to go ahead. However, we now understand that the Housing Association involved (Bristol Community Housing Foundation) has bought the site and has agreed conditions with Bristol City Council. It has applied for funding and will know the outcome by the end of July.

As well as the Bristol Baths Scheme and Pigsty Hill, the other major prospect for development is the up-grading of the Gloucestershire County Cricket Club on the edge of our area. We largely welcomed the two major changes in the modified plans for the GCCC ground put forward at an exhibition in Febuary (ie scaling down of the permanent seating and proposal for residential accommodation rather than student flats). However we are still concerned about parking and traffic implications, the height of the multi-storey residential block and its poor relationship with the listed Muller Homes building within the Conservation Area. Howzat? report that the GCCC are on the point of submitting a new Planning Application for development at the Cricket Ground which is likely to be similar to the proposals made public earlier this year.

Whilst things had been fairly quiet, a number of planning applications have recently arisen which we have responded to. We are facing an increasing challenge in this area with few if any larger sites left for redevelopment. Most potential opportunities for development involve small sites, often with serious constraints in terms of shape, being overlooked etc. However we take the view that there is usually a design solution which could make the most of the opportunities that the site might offer as well as enhancing the appearance of the street. The difficulty arises that owners or developers are often seeking to over-develop sites, a situation not helped by high residential land values or expectation of these.

A case in point is the row of disused garages in Arundel Road which we are discussing with the developer before a planning application is submitted. The design options on this narrow site, which overlooks Berkeley and Egerton Road back gardens, are very limited. One possibility would be to have two high quality houses each with a “courtyard” arrangement which would be discreet and ensure privacy for residents whose gardens the site overlooks. However, the developer is currently proposing four very small scale terraced type houses which we think would be overdevelopment of this small site and would create very cramped living conditions for the occupants. Getting the right design for this site could give some sort of template for similar sites elsewhere in the area.

Another cramped site which has come to our notice is 10 Longmead Avenue (currently an MOT Garage which backs onto Horfield Prison). which is the subject of a planning application to replace the garage with four 3 storey houses. We have recommended refusal as we consider that the houses proposed relate poorly to their surroundings but more importantly would provide very inadequate accommodation for a family both internally and in terms of external amenity space. (The planners have now refused planning permission.) We have also objected to a proposal to demolish the existing house at 172 Ashley Down Road and build four 4-bed 4 storey town houses. The original application has been modified but despite some improvements in the design we still think there are shortcomings. We have responded on a number of other applications seeking to extend houses. Our resources, particularly in the area of architectural expertise, are very limited but we do think it is worth responding to some of the more significant applications in the area. We try to make practical and constructive suggestions as to how the design could be improved to match the existing house and the character of the area which will hopefully benefit the occupants as well as the neighbours.

One application which has created particular local concern is to demolish 25 Seymour Road and replace it with 5 narrow 3-storey townhouses. Unfortunately an application last year to have this Georgian farmhouse listed was rejected. This latest planning application is the second attempt to demolish the house and replace it with an unsympathetic scheme, albeit somewhat less intrusive than the previous one. The proposal represents another case of overdevelopment with the houses completely out of scale with their surroundings with a number of detrimental effects including adding even more pressures on street parking. The proposal to demolish the Georgian house ignores its value as one of a very limited number of original houses in the area. There is surely an opportunity here to build on the history and character of the area by retaining and restoring the farmhouse with new units either side of a suitable scale and design. As with the Arundel Road site discussed above, rather than seeking the maximum number of houses, an alternative solution could be a high quality, very marketable housing scheme which would no doubt enhance the local area.

Another aspect of overdevelopment in our area which particularly concerns local residents is “garden grabbing”. We were both surprised and disappointed that Sancta Theresa (on the corner of Claremont Avenue as it goes down to the traffic lights with Cranbrook Rd) was granted planning permission . The planning permission was for two large family houses with minimal external amenity space and no parking spaces to be built in the garden plot. This development will create pressure for a further 3 or 4 car parking spaces on what is already considered to be a very dangerous bend with poor visibility. By contrast we were somewhat heartened with a recent appeal decision on yet another application to develop the garden area of 20 Falmouth Road (at the corner of Falmouth Road). The planning inspector agreed with the city planners, the Bishopston Society and local residents that the application was unacceptable.

Finally the City Council submitted a number of planning applications for lamp posts displaying adverts in various locations in the Gloucester Road and other main roads elsewhere in Bristol. The Bishopston Society along with many other amenity groups and Bristol Civic Society objected to these applications. We thought these adverts would simply add to street clutter and go against welcome efforts in recent years to remove some clutter from our local and city centre streets. The loss of amenity and confusion of information would heavily outweigh any benefits such as revenue to the City Council or economic development of the city. In mid June we were informed that the Council had decided to withdraw these applications. (See also article on front page: Street banners for Gloucester Road - Council has a change of heart) 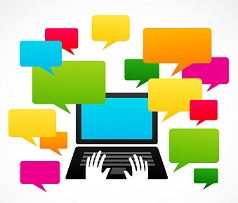