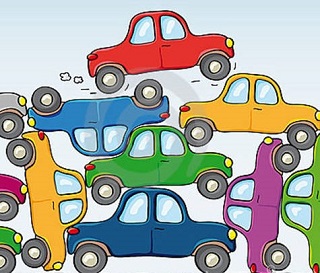 We are pleased to report that it has been a busy year for BOSA which started around a year ago in 2017 with the amalgamation of two informal groups with shared concerns working in Bishopston and St. Andrews – from this meeting of minds BOSA was formed.

In recent months, and particularly since the very well attended public meeting held on 12th May hosted by Thangam Debbonaire MP, we have been active collecting and disseminating information. We have also been busy listening to the many hundreds of local residents who share our concern about traffic levels, increasingly uncontrolled parking (often by people from outside the area) and the safety and pollution issues that flow from these central problems.

On July 23rd some of our members attended a very positive meeting with Councillor Mhairi Threfall who was at the time Cabinet Member for Transport and Connectivity. We were delighted that she committed to making traffic officer time available to investigate our concerns and, as we understood it, to commence consultation with local residents. She commissioned a report from us in which she asked us to outline the principle issues and to quantify as far as possible the level of support for area based solutions to the problems which might include a Residents Parking Scheme – or a Managed Parking Scheme as we prefer to call it as the benefits are shared between many users of local streets, not just the residents.

Our detailed report was submitted as Councillor Threlfall requested but unfortunately she had stepped down from the key post to contest the Bristol North constituency at the next general election, which may come sooner than we imagine!

Mayor Marvin Rees has now taken on the brief as transport supremo and in a recent response to one of our regular questions to Full Council he indicated that more evidence is needed of ‘overwhelming support’ for an RPS in the Bishopston and St. Andrews area. We will be pursuing this issue during the early part of 2019 with the help of our local Councillors, some of whom have been very supportive and have given substantial weight to our cause. We are also maintaining close contact with our local MP, Thangam Debbonaire who continues to keep a close eye on progress of our campaign.

We have been active in building relationships across the range of ‘constituent’ bodies in the neighbourhood and have made very positive links with Gloucester Road traders who have very legitimate concerns about the current parking arrangements and wish to work with us to see these improved for the benefit of all, residents, visitors, traders and their staff, and shoppers of course.

Our regular meetings are well attended and are open to local residents who want to get involved in a positive way. At our last meeting we welcomed a film crew who are part of a team making a series of programmes for Channel 5 about traffic and parking issues in Britain’s cities and how local communities cope with these challenges. The film will be aired in April so watch this space! Meanwhile, if you want to help, come to our meetings and if you agree with our concerns and objectives do support our cause in whatever way you can.