History repeats itself - the origins of the Bishopston Society 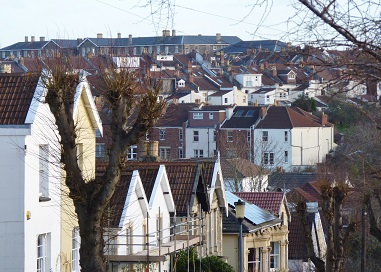 Chris Stephens has been a Bishopston resident for nearly 50 years. He reminds us of how much the area has changed in that time and of the valuable work of the Bishopston Resident's Association, a precursor of The Bishopston Society, in saving and preserving the area from the ravages of developers.

And he salutes the achievements of the now 17 year old TBS in maintaining that role of protection and enhancement of our neighbourhood.

It has been my pleasure to see Bishopston prospering and developing since 1971 when I moved here aged 29 years with my young family.

In those days Bishopston had an ageing population, little sense of community, and very few local activities. It was a poor area which meant we could afford to live here. Many houses were occupied by pensioners and were becoming poorly maintained. Most need re-roofing and re-wiring and one local Councillor at the time believed that all Bishopston houses were due for demolition and redevelopment!

Falling numbers of children of school age were another problem such that when part of the ceiling of the Bishop’s Road School hall collapsed it was not repaired because it was considered likely that the School would soon close. A further disincentive for young couples to move to Bishopston at this time at the time was the unsatisfactory provision of State secondary education in the days before the building of Redland Green School.

So by 1973/4 Bishopston was being targeted by development companies intent on buying up the larger Victorian properties for demolition and redevelopment as flats. (Berkeley Court and Colston Court were the result of this). In those day the only way residents could become aware of such planning applications was by weekly visits to the Council Planning Office. Not that many did so and some of those affected did not became aware of a local application until it was too late to submit an objection.

In 1974 a group of residents with the help of the late David Harrison of the Evening Post established Bishopston Residents’ Association which was formed to address this issue. I served on its committee for a number of years. Arundel Court was one of the a more satisfactory outcomes achieved by the Association’s early activity when 26 Berkeley Road was demolished by a would be developer.

Ten years later the threat from developers had disappeared and with it those prepared to become officers of the Bishopston Resident Association which was disbanded.

By 2002 the economy had recovered and many young families were moving into Bishopston and refurbishing its houses. The area was now seen as a desirable and more affordable than Clifton or Redland. Bishop’s Road School was soon full again but now there were other issues, shops were being lost, parking was becoming a problem and the swimming baths were threatened with closure. So in September of that year a new group established -the Bishopston Society with a wider remit than its predecessor but which still included local planning, the reason which had lead to the formation of the original Association. I again found myself on the new society’s committee which, I maintain, has served Bishopston well since then and which has continued to protect and enhance the district.

Yet now a further 17 years later, with Bishopston a prosperous highly desirable area, we seem to be where we were in 1984; but not quite. Few now work the 80 hours a week commonplace before the European Working Times Directive of 1998. We no longer have to hand print our Bishopston Newsletters on a spirit duplicator and hand deliver them to our membership. We have email, and planning applications (and a whole lot else) are available on-line. So is it really the case that we cannot find people in Bishopston, who currently enjoy what has been achieved in the past, who are prepared to come forward and give a few hours a week to maintain this essential organization for the issues of today and tomorrow?