Act on transport bugbears in our neighbourhoods 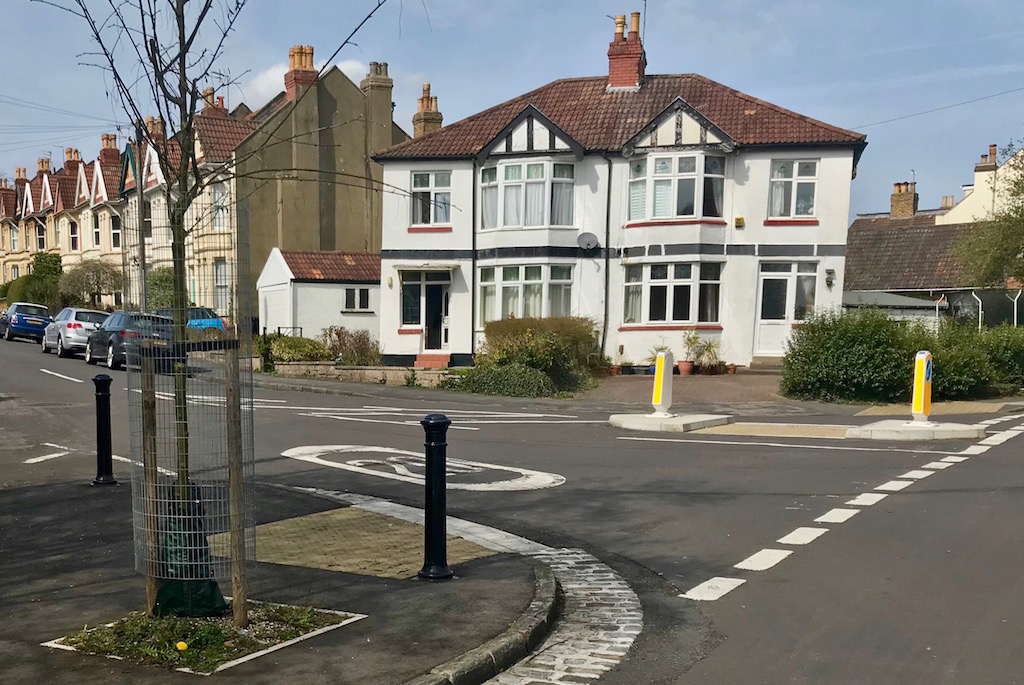 The best way to understand how simple examples of highway works can address transport bugbears might be by looking at some examples.

Here are some example schemes that went through the process recently and seem to deliver good results. 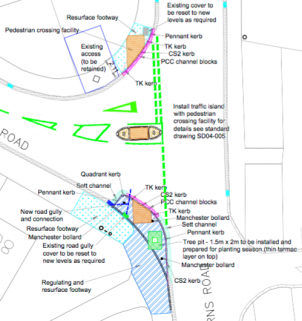 Vehicles turning at this junction at high speed and on the wrong side of the road were reported as a bugbear, in August 2014.

Kerb alignment alterations and a treepit and new island with bollards was designed; estimated cost £17,000.

Priority was assigned via the Traffic Choices partnership process, the scheme (illustrated) was chosen in January 2015, the public were consulted in summer 2015 and junction improvements were completed in October 2016 (illustrated).

We dont have evidence of impact but know of no further concerns from locals following this work. 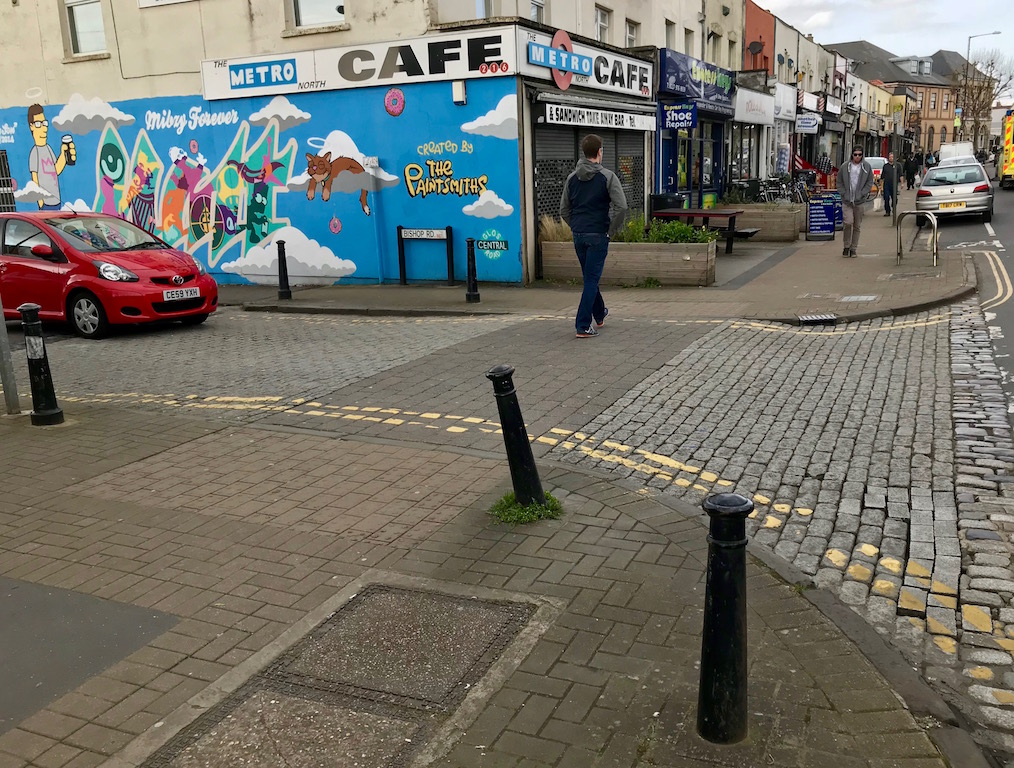 A basic form of "continuous level crossing" was constructed here. These are intended to make it easier for pedestrians to cross a road by raising its surface to pavement level and causing drivers to reflect on giving preference to pedestrians. The subtle psychology involved in this design is typical of many contemporary traffic calming and management practices.

Other examples in our area include a scheme in Somerville Road that was identified and prioritised through the above process and focused on traffic calming. Its status however appears to be have remained "pending" ever since, because of the indefinite suspension of action to implement devolved local traffic projects, even those already agreed and allocated funding.

There's no shortage of simple things that can be done to make walking, cycling and disabled access better, and favour local solutions and priorities over through traffic.