Cycling for enjoyment and cleaner air in Bishopston 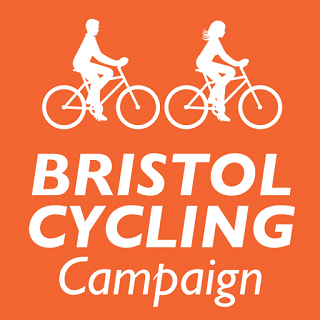 Big high streets like Gloucester Road could be healthier through the introduction of bike lanes and other sustainable transport measures. But more cycling would also be good for business and boost trade, according to experts worldwide including Bristol Cycling Campaign.

Tom Swithinbank, local activist from the Campaign, is advocating bike lanes on Gloucester Road as a way to acheive this.

Nick Plant from the Clean Air Bishopston team caught up with Tom to find out more. The evidence, some of which is new, some familiar, was compelling. Read on for a summary of his arguments...

A 2016 Sustrans survey of Gloucester Road and Church Road in Bristol is a crucial source suggesting that traders' concerns about customer access by car is exaggerated. It looked into how customers travelled, and were perceive to travel. Retailers overestimated the importance of the car by almost 100%. They assumed that 41% of their customers arrived by car, whereas only 22% had done so. Also, 24,500 potential customers live within half a mile of the Gloucester Road survey site. 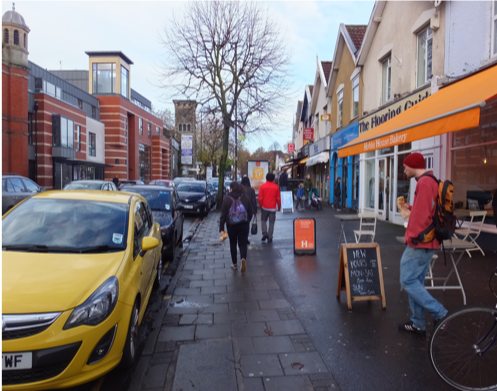 Similar evidence is available from many other locations and studies. It all points the same way. And some schemes prove that a more positive, healthier environment for shoppers, cyclists and pedestrians as well as high street trade all go well together.

A 2015 survey in Waltham Forest found that local businesses believed that 63% of their customers arrived by car and only 49% walk. A survey of visitors to the street, however, revealed that only 20% had arrived by car and 64% had walked. (Pedestrian Pound 2018)

Business owners and organisations still over-value the importance of parking and car access to their footfall and sales revenue. Business organisations need to be aware of the evidence in this area to promote the economic benefits to members of walkability, public spaces and provision for cycling and active transport users . (Key finding, Pedestrian Pound 2018) 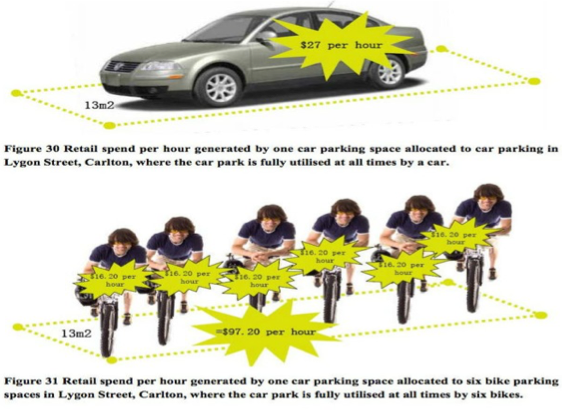 From https://www.citylab.com/solutions/2015/03/the-complete-business-case-for-converting-street-parking-into-bike-lanes/387595/From Polk Street, San Francisco, it's reported that "Here's the thing about the "studies on possible economic impacts" requested by retailers on Polk Street, or really wherever bike-lane plans emerge—they've been done. And done. And done again.

And they all reach a similar conclusion: replacing on-street parking with a bike lane has little to no negative impact on local business, and in some cases might even increase business. While cyclists tend to spend less per shopping trip than drivers, they also tend to make more trips, pumping more total money into the local economy over time." (Citylab -The Complete Business Case for Converting Street Parking Into Bike Lanes 2015)

In Altrincham, £15 million of investment in the public realm and diversifying the town centres’ offering reduced shop vacancy rates by 22.1% and increased footfall by 25% (Pedestrian Pound 2018).

Better use of city centre space has been examined more widely, including the need to reduce the need for car parking - see for example Sustrans on our city centre parking problem.

Nearly half of BIDs reported a reduction in the amount of motor traffic among their top three improvements. Reasons given for prioritising motor traffic reduction were overwhelming around air quality and encouraging people to be on the street (Healthy Streets – A Business Improvement District View – TFL 2018) 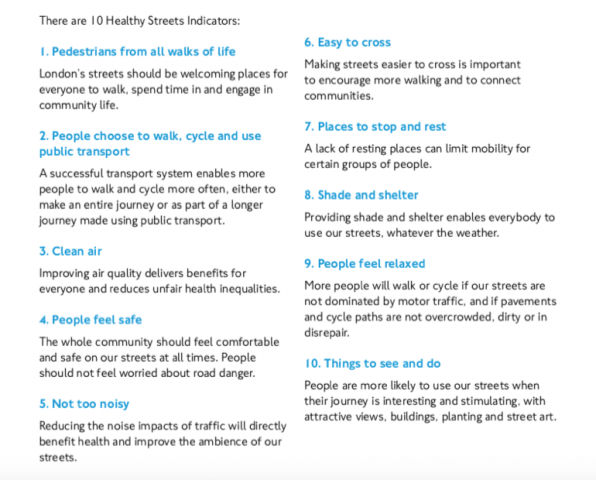 Inspiration on improving the cycling infrastructure locally can be drawn from other cities' examples such as these:-

Working together on cycling - what next? 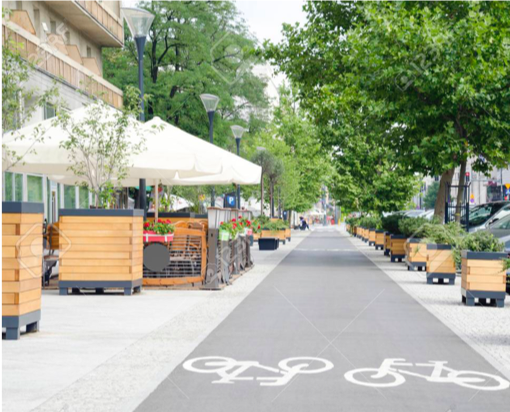 Stay tuned for more about how Clean Air Bishopston and Bristol Cycling Campaign are working together on local cycling improvements.

Meanwhile, find out more about Bristol Cycling Campaign via https://bristolcycling.org.uk or mail .