The Clean Air Zone - what’s happening and how will it impact Bishopston?

Bristol City Council is required to implement a Clean Air Zone (CAZ). They have announced the options they are considering and are expected to announce a final decision by the end of 2018.

The aim of the scheme is to achieve compliance with the maximum permitted annual average level of nitrogen dioxide (NO​2​) in all areas of Bristol. The scheme will not deal with other pollutants such as PMs, but like NO​2​ most of these come from vehicles so addressing NO​2​ should help with overall pollution levels. The scheme will only aim to reduce pollution to within the legal maximum - it won’t bring us clean and healthy air but it’s a step in the right direction.

What are the options?

Some details have been covered by the Bristol Post

The possible impact on Bishopston​:

Bristol City Council has started awareness campaigns and has a dedicated website for Clean Air for Bristol at ​https://www.cleanairforbristol.org​ The Council is however keen to hear how air pollution and the options under consideration will impact us, and any specific suggestions relating to the proposed options. ​Email them​:  and please also let the Clean Air Bishopston team know your hopes and concerns for air quality and the CAZ in Bishopston at CAB 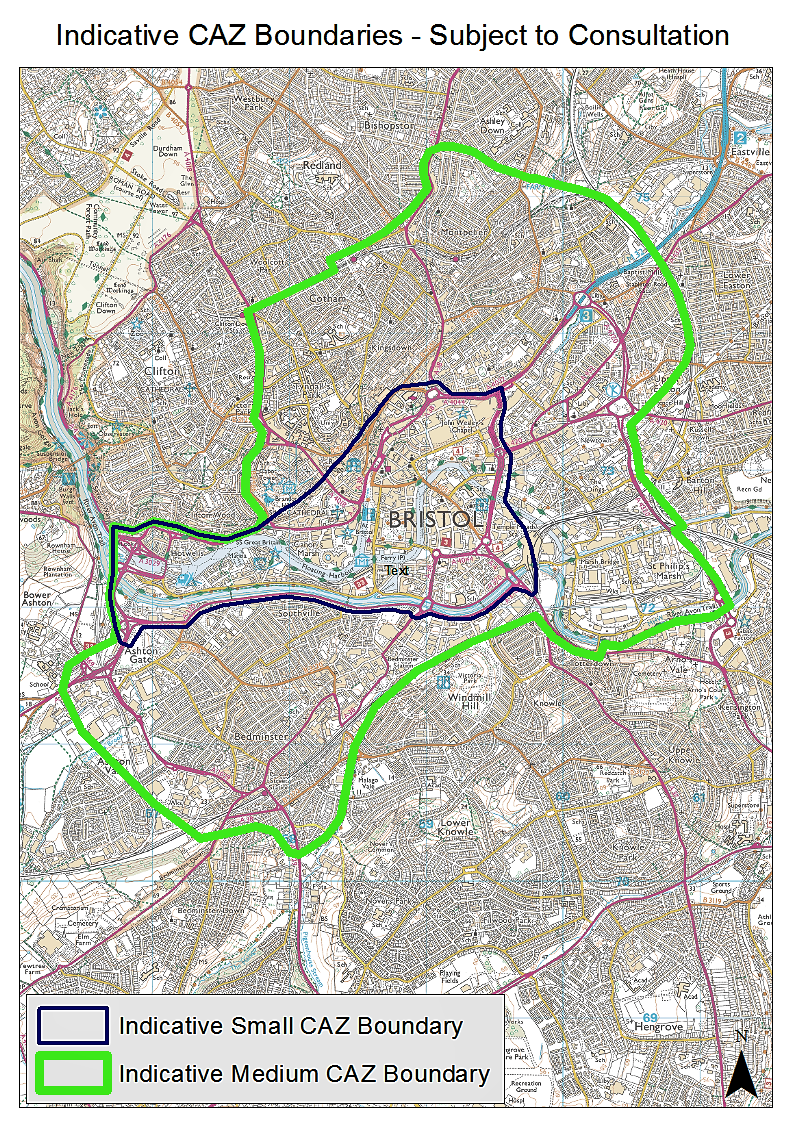