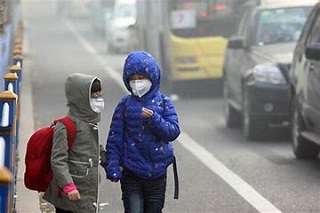 Children living in urban areas of Bristol will have inhaled the equivalent of around 1000 cigarettes since Marvin Rees became Bristol’s Mayor.

That must surely be the most telling notion we came away with at the end of the first public meeting held by Clean Air Bishopston (CAB) on 21st June, Clean Air Day.

One of the speakers, Jess Read, local resident and transport engineer, in making this statement was trying (and she succeeded admirably) in bringing home to the audience just how insidious and serious is the problem of air pollution in our city, caused in the main by car exhausts. And this figure she thought was probably an underestimate....

Because it is composed of invisible, odourless nitrogen oxides (NOx) gases and invisible microscopic sooty particulates known as PM 2.5s and PM 10s, we ignore, forget or are just plain unaware of what hazardous, noxious substances we are exposing ourselves and our children to on a daily basis. However, while the first steps are being made by the Council in response to Government dictat, to reduce Bristol’s levels of NOx gases to EU legal maximum levels, there is no requirement from central government for councils to take any action on reducing levels of particulates, even though there were 6 days in the first five and a half months of 2018 when PM 2.5 levels exceeded legal limits in some areas of Bristol.

Jess is hugely committed to trying to reach out and connect to a younger demographic to make them aware of the urgent need to bring political pressure on local and national government to seriously improve the air quality of our urban environments. She believes this is possible to achieve within the next 5 to 10 years if enough people get involved in the political process of organising to push our local and national leaders to tackle this worsening problem and thus significantly reduce the damaging effects of air pollution on our health. (More on the greater risks to children's than adults' health can be found here)

Eleanor Combley, Bishopston Councillor and Bristol Green Party Leader had earlier in the meeting outlined the Council’s recent response to their legal requirement to reduce NOx levels as quickly as possible, though with minimal financial input from the government. There are four options, all of which will involve charging the most polluting vehicles.

This so-called Central Bristol Air Quality area is likely to include an outlying finger along the Gloucester Road where NOx is pretty consistently at illegal levels.  How these parking charges on offending vehicles will affect areas outside the zone, the so called ‘edge effects’ have not really been considered yet. Full details and up to date information on decisions relating to the Air Quality area can be found at: cleanairforbristol

As Nick Plant of CAB pointed out, the aim of CAB is not only to provide information about our local pollution problem, but to encourage us all to use our initiative to positively change our habits and behaviours which have previously contributed to our air pollution problem. These can be formalised by making specific pledges on our website's CAB pledge page.

Such promises would essentially involve variations on how to use the car less often and use alternative less or zero polluting options of public transport use, cycling and walking more.

Gavin Spittlehouse, our third speaker had logically begun the meeting by asking the question ‘How clean is the air in Bishopston and how does it compare to other areas of Bristol’? It is clear we need to know how bad the problem is if we want to subsequently measure how successful any attempts to improve air quality have been.

There is plenty of historical data that has been collected by over 100 diffusion tubes around Bristol, eight along the Gloucester Road, though these only measure NOx levels. But there are no monitors at present in our area which measure PM 10 or 2.5 levels. Forecasts of air quality such as those put out by the Met office are largely meaningless in that a ‘low’ forecast could still represent pollution levels sometimes well above legal limits.

What is really needed is equipment which gives air quality results in real time. Now though there are fairly cheap do-it-yourself pieces of portable monitoring equipment becoming available which can provide readings of both NOx and particulates. While these are not calibrated, they will show trends and allow results with similar equipment to be compared. Gavin has experience in constructing and using these personal pieces of equipment and for guidance and help in making and using these he can be contacted through the Bishopston Society's website: contact or its Facebook link: TBS facebook   For further information see airapparent

In the concluding ‘open session’ part of the meeting, various points were made including:-

CAB would like to thank Boston Tea Party for letting us use their premises, free of charge, to hold our meeting

Following straight after the meeting, Kevin Molloy led a group on roughly an hour's circular walk following the 'bounds' of North Bishopston along some of our neighbourhood's quiet streets and alleyways, pausing en route to point out interesting and often little known historical features.