Outdoor clothing for a pre-school playgroup to provide outdoor sessions in the local woods, gardening for the over 60’s, comfortable chairs for a group of people with dementia who meet weekly…these are just of some of the eleven applications

we received asking for grant aid support from the Wellbeing Budget previously reported.

The Grant Task Group met to assess which applications provided the most benefit to the local community to ensure that public money was being spent the most effective way. The applicants have also been invited to attend Forum meetings to talk about their applications – feedback from the public who attend those meetings will be taken into account when final recommendations for grant aid are made.

The decisions on who should be funded will be taken by the whole Partnership and ratified by the Councillors at the Neighbourhood Partnership meeting on December 16th at 7pm at The County Cricket Ground (Hammond Room), Nevil Rd, Bristol, BS7 9EJ. This is a public meeting so come along to hear the debate. 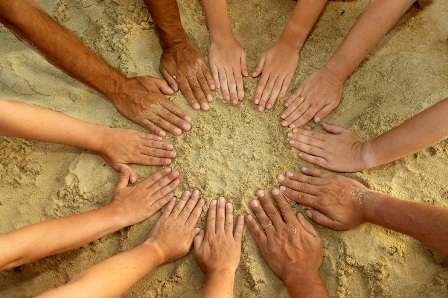 The next deadline for applications to the Wellbeing Budget will be February 18th 2011. There is still over £15000 to allocate before March 31st 2011.If you have a project which would benefit residents in the Partnership area, or know of an organisation which does, and needs a helping hand, then email Jenny Jones at Bristol City Council () to receive the grant guidelines and application form.

Since my last report, the Partnership has been grappling with how to be accountable and effective. These are the kinds of questions which face any community organisation which co-ordinates rather than deliver a service directly, the Neighbourhood Partnership no less.

We have decided that most of the work of the Partnership needs to be done in task-and-finish groups whose membership should include members of the public as well as Partnership members. But how small a group? Too small and public involvement becomes less likely (and this is your Partnership after all !) but too large and nothing gets done!

Many people don’t want such involvement, for a variety of reasons, but how do we find those who do? Over the next year we will be trying out different ways of enabling those who want to be part of the Partnership (if only in a small way and on a time-limited basis) to be involved.

Watch this website and Partnership pages on the Bristol City Council’s website, and come to the local Forum meetings (dates and venues are posted on eh Bishopston, Cotham and Redland Neighbourhood Partnership page on eh Council website: http://www.bristolpartnership.org/neighbourhood-partnerships/bishopston-cotham-a-redland.