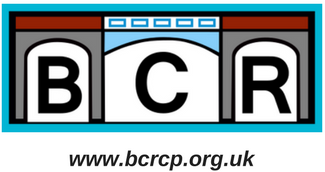 The BCRCP Interim Steering Group which was formed in the wake of the former Neighbourhood Partnership, held its inaugural AGM at Bishopston Library on 22 February.

The meeting (which also included an opportunity to ask questions of Nicola Beech, the BCC Cabinet member for Strategic Planning & City Design) was well attended and those present elected the committee and voted in the formal constitution. TBS is a founding member of the Partnership and has a representative (Kevin Molloy) on the committee.
At the meeting the audience raised a number of questions that Cllr Beech promised to pass on to the Mayor. These were as follows –
Q1 to Mayor: Please give an explanation of how communities will be able to have a say in traffic and transport decisions.
Q2 to Mayor: When will council reach steady state and when will we be able to work with council officers to achieve things locally?
Q3 to Mayor: How can communities now get answers and hold people from the council to account without the Neighbourhood Partnerships?
Q4 to Mayor: What is the process proposed for Community Infrastructure Levy (CIL) allocation decisions and community involvement in those decisions?
Q5 The Bishopston and St Andrew’s traffic and parking group are working with councillors to raise local highways safety issues. In December they met with Cllr Mhairi Threlfall and made suggestions on amendments. They wanted to ask the Mayor: (1) how to take this work forward; (2) what are the next steps; and (3) how do we keep on top of safety issues?
Q6 What is the process for ensuring better quality road repairs including failure of service providers’ repairs after excavation works?

Q7 We are also not clear on how local residents are expected to report traffic issues which might be addressed by highways schemes and therefore get on to the list of proposals. The Traffic Choices website still describes the previous process involving Neighbourhood Partnerships.

The Mayor or an appropriate cabinet member subsequently provided answers, which are set out in full on the BCRCP website: bcrp.org,uk

Following the AGM, the committee has been meeting monthly and has already organised a Public Forum (at Colston’s Primary School on 11 June), and a Conversation with the Mayor. The June forum covered BCC consultations on Clean Air Zone, 20 mph speed limit and CIL (see above) allocation plus updates from various community groups. Full information is on the BCRCP website: here

The Conversation with the Mayor took place at the Friends Meeting House on Gloucester Road on 15 June. Marvin Rees was engaged in lively discussions on a variety of issues including: litter picking and removal of tags by Streetscene; future use of the tennis courts at the Ardagh Centre; Residents Parking Schemes; Clean Air Zone options; the review of 20 mph speed limit; and parking for shoppers on the Gloucester Road. A full report – including feedback from the Mayor – is on the BCRCP website: here

The next public forum will be held in the Bishopston ward in October. In the meantime, you can find information about the Community partnership and current hot topics in the community on their website https://bcrcp.org.uk/ or via their Facebook page or Twitter account @bcr_cp.