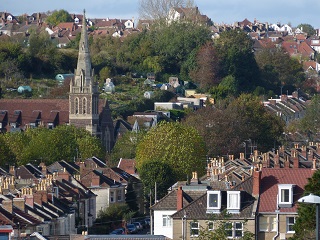 This latest newsletter has much content that is relevant to Bishopston residents. It includes news on parks maintenance, Bristol North Baths development, the Arches toilets, road improvements and more...

You are being sent this newsletter because you have shown an interest in matters relating to Redland in the past  If you do not wish to receive any further newsletters  please do let us know and accept our apologies for the inconvenience.

Apologies for the long gap since the last newsletter – the summer has taken its toll.  This is the first joint newsletter from myself and Martin Fodor – we hope it’s of interest – please of course get in touch with any news and views you may have.

You may recall some consultation late last year around changes to parks maintenance in Bristol.  The results have been published and it rather looks as though the net result is that some areas of grass may be left long to encourage wildlife and potentially grass elsewhere may be cut on a more regular basis.  Martin and Fi have been in touch with Parks to confirm that this means that our heroic St Andrews Park keeper Mickey will therefore be with us for the foreseeable future

Meanwhile in Redland Green the design for the new benches in the play area has been finalised.  It’s fair to say that there was some disappointment at the replacement play equipment in the play park when it was installed last winter.  Local residents, park users  and officers have  come together and agreed on some new add on pieces for the smaller equipment which should hopefully appeal to a wider variety of children. This has recently been installed.  There is a remaining £300 from the original Capital stimulus funding which we understand is to be spent on wildflowers.  Well done and thank you to everybody who has put in considerable time and effort to make this happen.

We understand that as the developer has now accessed some fresh funding, this project (at least the library and flats part of the development) is due to be completed in September. We have been contacted by several residents frustrated at the delay and the lack of information available.  I have to say that this frustration is very much shared by Martin and me.  Communication on this project has been persistently poor, which really doesn’t encourage faith in the process by the local community.  We are doing what we can to access the most accurate information available, but it has been disappointingly difficult to do so.

With the latest libraries announcement of the council and the Mayor (to keep all libraries open apart from a proposal to relocate Eastville library to Lockleaze) we are now awaiting news of the new minimum hours that have been promised for all of Bristol's libraries. Once this is clear we look forward to discussions with groups in the area about how additional hours and services can be created to extend the core service. This is a key task from now until April when core hours will reduce.

The appearance of these has once again deteriorated to an unacceptable degree and Council officers served a notice on the owners to get rid of the tagging which resulted in the owners doing some clearing up.  Unfortunately, the building has been repeatedly tagged since then so we have contacted the officers to see what further action they can take. You may have noticed that the toilets are currently for sale, so let’s hope that they are bought by someone prepared to cherish them.

Whilst this particular consultation is closed, Martin and Fi are still eager to hear your opinions on the current scheme or your thoughts on any future ones wanted (or not) in other streets in the area as this will help inform any future plans. The residents parking team are gathering views for any future new areas to assess the demand for further schemes (email to , copying us in).

A number of highways schemes funded by the local neighbourhood partnership are in the final design stages, so we are in danger of actually seeing some of them built!

Efffingham Road – Martin and Fi have made sure that concerns around access for local residents and Fayes tea room van have been considered and the design is being finalised.

Cairns Road – proposals were consulted on and plans are now being drawn up for build outs and a safer crossing for residents at this dangerous junction.

Bottom of Cromwell road – this is also very nearly ready to go and it appears that the funding has been found to surface the rest of North Road.  Not before time!

Somerville Road – funding for a buildouts to slow traffic, hopefully with trees has been provisionally approved – in the meantime officers are gathering data on speeds and volumes of traffic. Some corner double yellow lines are proposed as part of the Cricket Ground parking controls which will safeguard crossings and dropped kerbs.

Don’t forget - If you have any  ideas for improving the streets near you then let Martin or Fi know and take a look at the Council website here . If you're worried about speeding in the area, the police do run community speedwatch sessions - contact David Said () for details.

British Heart Foundation collection points - you may have notices the big red BHF bins dotted around the streets of Bishopston and Redland.  This is the second year they have been installed in an attempt to encourage departing students to donate their unwanted items rather than leave them behind as refuse.  Last year this project raised over £220,000 which is fantastic - however this year their use has been so enthusiastic that there has been the odd overfilled bin.  Martin and Fi have been in touch with the organisers to ensure that they are emptied  more frequently and we'll let you know how much they raise this year. To put all the possessions to use again there will be a massive charity shop (in Bristol Student Union) at start of new term to sell it all. Martin visited this and says it was very impressive last year - you could furnish and fill a house room by room from what was on offer!

Following the Green Capital local grant given to Bristol Friends of the Earth to create an infra red (heat) mapping tool for the neighbourhood there has been lots of progress.

www.Heatview.co.uk is a new website which combines heat loss images of local streets across the neighbourhood, overlaid on traditional streetview images of homes from Google. It also signposts help and resources to save energy at home The website currently shows streets already covered by thermal imaging carried out while it was still cold enough. Take a look and see if you can find your own home! More work will be done once conditions are suitable. Meanwhile Bristol Green Doors are compiling information and experiences about installing energy saving measures in local homes – see here

Don’t forget that the Neighbourhood Partnership community fair takes place on Saturday 19th at St Michael and all Angels on Pigsty Hill.   There’s an awful lot going on - more details here . All welcome – do come and get involved in local projects.

This is a subject we’ve worked on for many years locally in various capacities, with Fi sitting on the Bristol City of Sanctuary committee, and one the Green Party councillors’ group is very active on. We’ve had many emails about this subject recently. Our group issued a press release which is here  and we have a motion to take to Full Council calling on the Mayor to do more to help resettle refugees covered by the Syria Vulnerable Persons scheme.

And finally – Fi says: I’m really grateful for the responses I received following my decision to join the Green Party.  Clearly, not everyone was delighted, but I was touched and overwhelmed by the number of positive comments .  Many thanks – apologies that I haven’t had the time to answer each and every one personally.

Sorry it’s such a long newsletter!