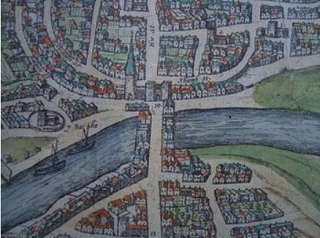 The Bristol Record Office, established in 1924, was the first borough record office in the UK. It looks after the official archives of the City of Bristol, besides collecting and preserving many other records relating to the city and surrounding area for current and future generations to consult.

It moved from the Council House to the former B Bond warehouse in 1992. The office is formally recognised by the Lord Chancellor for holding public records, and it acts as a diocesan record office for the Diocese of Bristol.

Major deposited collections include those of J S Fry & Sons (1693 – 1996) and Imperial Tobacco (formerly W D & H O Wills (late 18th century to 20th century). Bristol Record Office, which is part of the city council’s Museums, Galleries, Archives department, makes it possible for the public to research family history, or the history of houses, buildings, localities or the city itself.

Bristol Record Office also has an excellent collection of around 250 archive films dating back to 1902. Alli’s talk will include old cine material, rare and some never seen before footage of the post-war demolition and redevelopment of some well known Bristol streets, as well as Bristol – British City 1951, a classic, evocative film for the Festival of Britain.