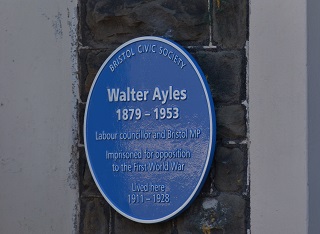 A large gathering of at least 100 people turned up for the unveiling ceremony on a sunny afternoon on Sunday, April 17th. The crowd that assembled outside No 12, the modest house in Station Road, Ashley Down where Ayles and his wife lived from 1911 to 1928, were informed, entertained and moved by an event....

....that had been very well organised jointly by Bristol Radical History Group http://www.brh.org.uk/site/ and by Bristol Remembering Real World War 1 (). Running for over half an hour, the occasion proved to be much more than merely a simple process of unveiling the blue plaque.

The event was chaired by Roger Ball  who gave a short introductory talk describing the social setting just prior to and soon after war had been declared. This has often been portrayed as a time of jingoistic and militaristic fervour, where most young men could barely be constrained from signing up and heading for the front. But there was also a significant number of people who were arguing against the rise of militarism, who did not want the country to be pushed into a war against Germany and which included the Independent Labour Party where Ayles was becoming a leading figure.

Colin Thomas then gave a potted biography of Ayles. Colin has done more than anyone to achieve recognition for Ayles through the successful awarding of this blue plaque. An outline of Ayles' life, provided by Colin, can be seen on the website here. However, he has written a much fuller account in a newly published booklet, details of which are given at the end of this article*. 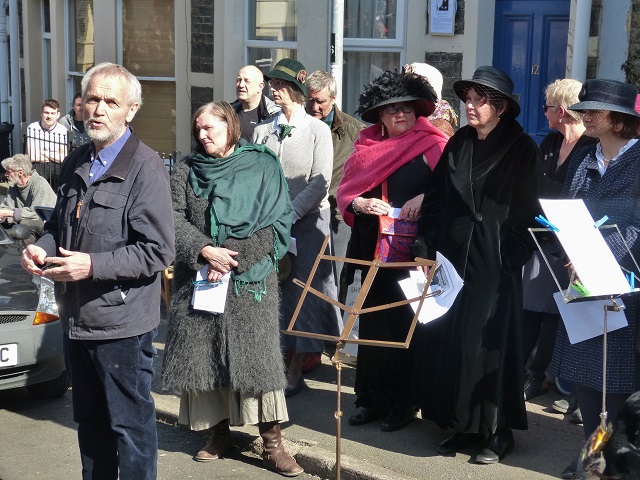 A  moving poem, 'The Thames and the Rhine' was then read by Stephanie Weston ** the text of which can be seen here. This was followed by 'The Choir that has no name' singing a contemporary song, 'I didn't raise my boy to be a soldier... to shoot some other mother's darling boy'. 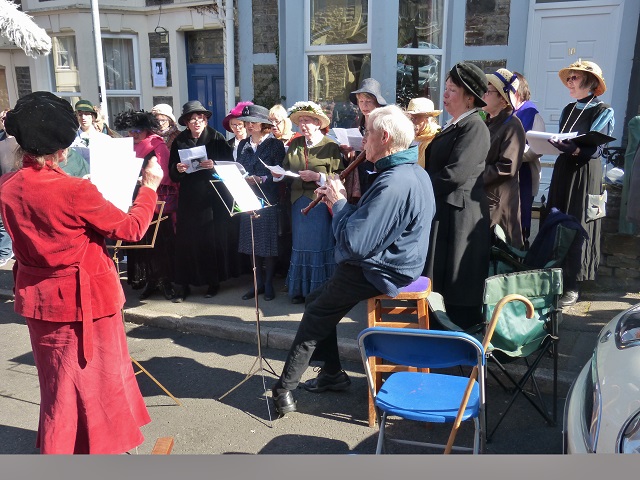 Next, a beautiful and poignant rendering of the song, 'The Green Fields of France', was sung and played on guitar by Paul Bradley, local musician and songwriter. 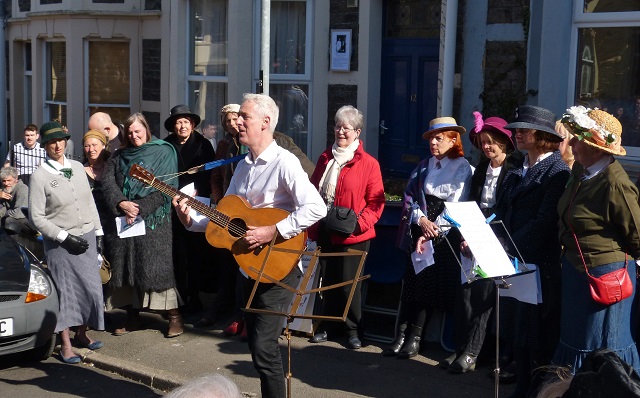 Finally Adam Church ** spoke some of the words from Walter Ayles' statement to Bristol Magistrates in April 1916, following which the blue plaque was unveiled by Peter Gould, the son of a conscientious objector.

* 'Slaughter No Remedy - The Life and Times of Walter Ayles, Bristol Conscientious Objector' by Colin Thomas.  Published  by Bristol Radical History Group, £2.50. Available on line from: tangent books or from Hydra Bookshop, 34, Old Market Street, BS2 0EZ
** Stephanie will play Bertha Ayles and Adam will play Walter at the re-enactment of his Military Service Tribunal. This will be staged on June 26th, exactly 100 years after it happened, in the room where it happened - the Grand Council Chamber (in the Register Office).