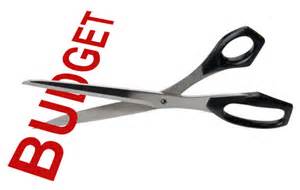 Over the next 5 years, and largely as a result of the so called ‘austerity’ measures brought in by the Tory Government, Bristol City Council faces a budget gap of £92 million.

In an attempt to reduce this figure to a more manageable level, the Council, in an earlier consultation exercise towards the end of 2016, asked its citizens to suggest how this might be achieved.

Feedback from this exercise was used by BCC in deciding the main council services where cuts would have to be made.
A new Council consultation exercise is now asking individuals to indicate, in an on-line questionnaire, which areas within these previously identified services they would or would not wish to prioritise for these cuts. You can access the questionnaire here

Somewhat euphemistically, the Council describes this apparent democratic process in these words: ‘In February 2017, we decided what sums of money had to be saved in each area. Now we need to decide how to make the savings. This is where you come in.’
It could be argued that in soliciting the views of Bristolians in this way, the Council can then justify the cuts it subsequently implements by claiming that it was simply taking into account the detailed choices made by those who completed the questionnaire.

You may feel to take part in this survey would be simply to connive in the Council’s implementation of the cuts. You may have already responded to this BCC questionnaire survey. If you haven’t completed the questionnaire (and there is no requirement to complete every part of it) but still want to do so, you only have until the deadline date of September 5th ’17. N.B. There is an option NOT to choose  options recommended by the Council and instead to complete the free text box provided with your own ideas, and/or say why you are not happy with the Council options.

The recent 'Opinion' piece, 'I urge people to campaign against the cuts' in the on line Bristol news journal, B24/7, makes an interesting read. The link to this is here

A more detailed background document on the Council's need for cuts and the consultation process are given at: Bristol Budget Consultation