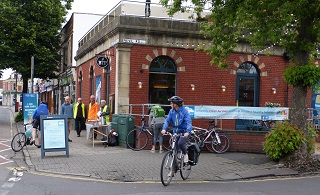 Clean Air Day, June 20th was a busy and successful one for Clean Air Bishopston. Vegan smoothies, bacon rolls, happy cyclists, active children creatively absorbed in activities themed around air pollution, and inspiring mini talks from local organisations on how they are confronting and offering ways of mitigating the problems of Bristol’s polluted air. 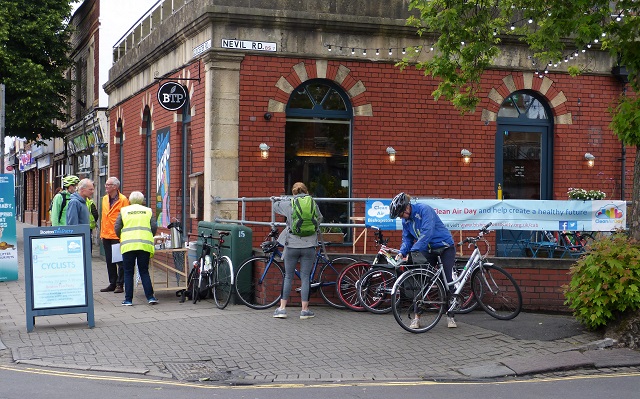 Our local effort on Clean Air Day, organised by The Bishopston Society’s Clean Air Bishopston, began at 7 a.m. Thanks to Boston Tea Party preparing the food, and Travel West for sponsoring it, we were able to offer a free breakfast to lucky cyclists commuting along the Gloucester Road, our way of thanking them for not adding to the pollution load along this car choked artery to town. By 8.30 all 20 smoothies, 40 bacon rolls and urns of coffee had been consumed. And it was heartening to see just how many cyclists there were heading to work in the rush hour, many in too much of a hurry to stop at our refuelling station outside BTP. 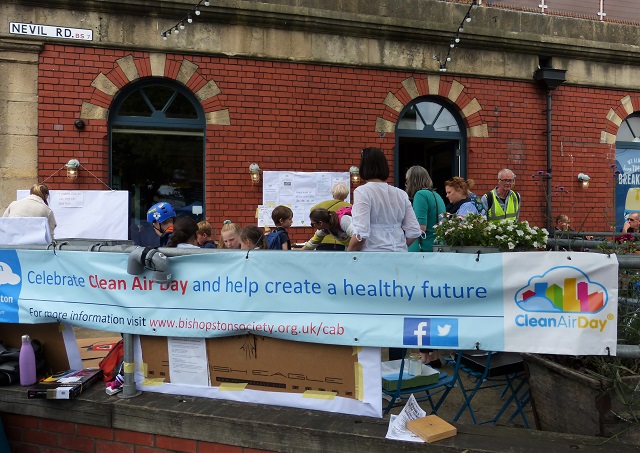 Later, in the afternoon, as the schools were finishing, we had parents bringing their children along to have a go at a range of activities organised for them, such as designing a Clean Air Ecowarrior, doing a pollution related wordsearch, constructing a snakes and ladders pollution themed game and sorting out true from false statements about air pollution. UWE had a stall explaining their project, ClairCity, which aims to improve levels of pollution in Bristol and other European cities. There was a real time low tech air pollution monitor measuring NO2 levels in the air outside BTP, Travel West had a stall offering information on local cycle routes and buses, while local bike shop Bikeman was kept busy offering free repairs and maintenance to passing cyclists. 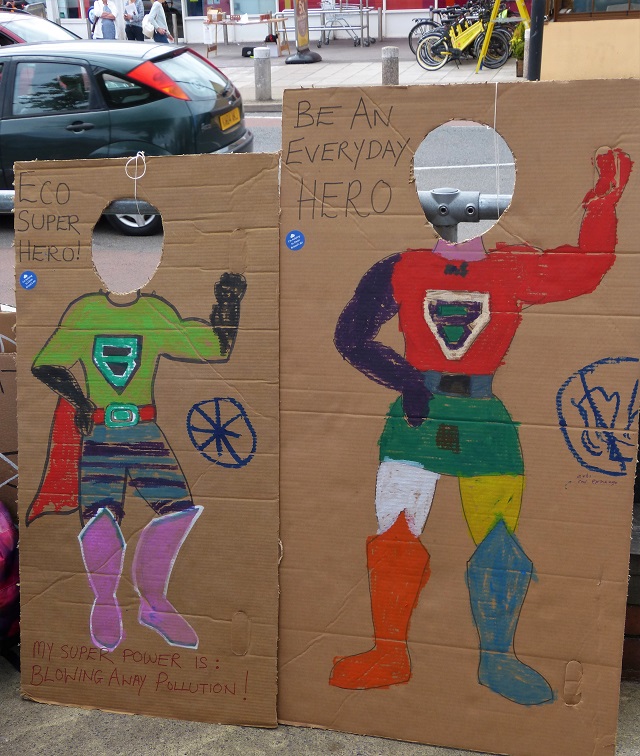 An hour between 6 and 7 pm was devoted to giving speakers from Medact , Living Streets Bristol , Bristol Cycling Alliance and School Streets Bristol. The latter group has gained useful experience of working with Hackney council to control and limit cars used for the school run. It is now encouraging Bristol City Council to try out a pilot scheme in which walkers and cyclists are given priority over cars for journeys to and from school, though this will not have the benefit of supportive legislation that is available to London boroughs.

The day was brought to a close with a walk led by Kevin Molloy around the quieter and cleaner aired side roads of Bishopston.

You can see the plans for CAD, published on this website prior to the event here 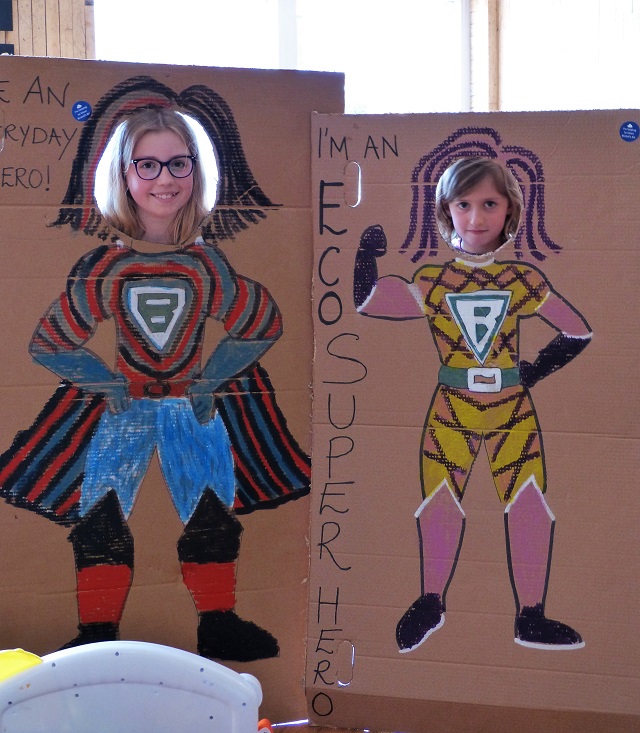