History in the making at AGM 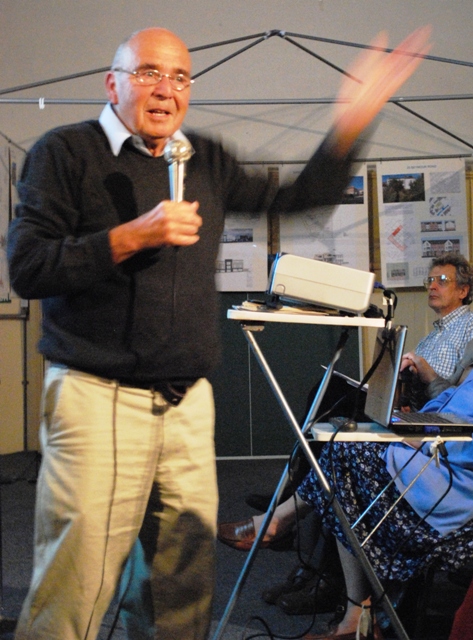 Well-known local historian David Cemlyn made a historic appeal as guest speaker to the Society meeting on 27 September 2010. He invited members to join a campaign to get the Horfield Police Station building granted listed status to protect it from the development he predicted would otherwise be inevitable.

His talk stressed not only the importance of history but the need to think about the future of the Bishopton that he plainly loves dearly. His entertaining talk, accompanied by a magnificent slide show, drew to the meeting's attention a wide range of quirks and features of our area from both olden and modern times. He spoke with passion about his involvement in the Bristol North Baths development and looked forward to the prospect of it housing a local museum.

David also voiced his hope that he might be on the verge of discovering an ancient underground river bridge, and answered questions informedly on a wide range of topics from the origins of Pigsty Hill to the location of the old tram station at the arches.

The earlier, more formal, part of the evening featured the receipt of reports and accounts from the Committee, and the re-election of committee members and our Neighbourhood Partnership representative. An open forum, folllowed by another chance to view the Society's popular architecture display boards, informal networking and a glass of wine concluded the evening.

Meeting papers are available here for members who did not make it (PDF download).