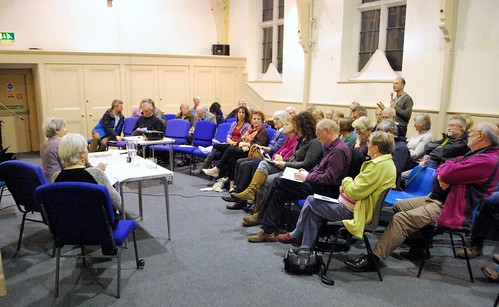 There was a shared focus on ‘liveability’ at The Bishopston Society public meeting held on 7 April 2014. The common theme running through each of our four guest presentations was how the neighbourhood quality of the Gloucester Road and Bishopston could be improved.

Perhaps most significantly, this mix of ideas and projects being offered was not being imposed as a part of a ‘top down’ initiative, but rather, had arisen from a local perception of what was needed. In order to succeed, these local origin suggestions for how our ‘liveability’ could be bettered, would essentially be dependent on their being carried out through the committed involvement of local volunteers.

Duncan Laird, Group Manager for Transportation in the Council, took as his subject the concept of ‘Transport and Liveable Streets’.  A ‘liveable’ street, he told us, is one that offers a habitable, comfortable living space for its users. It is a clean, quiet, safe environment, where heritage features, a sprinkle of nature, good mobility and connected amenities are important elements – an exemplary basis for transport department planning.
Some of the challenges and constraints faced by the Transport department in ‘delivering’ liveability are:

Transport policy always faces the conflict created between liveability as desired at local level and a wider strategic need to ensure a transport system that functions efficiently. The arterial Gloucester Road exemplifies this problem. It is difficult to ensure everyone, no matter what mode of transport they use, has a ‘pleasant journey experience’.

A recent piece of research by Sustrans used the Gloucester Road and Church Road to carry out a survey of Bristol shopkeepers who were asked to estimate by percentage, the type of transport used by shoppers to get to the shops. There were significant differences between the traders’ perceptions and the actual figures for the modes of transport that shoppers used. Actual figures are given first, and the traders’ corresponding estimates in brackets:
Pedestrians 55% (42%), Bike 10% (6%), Bus 13% (11%), Car 22% (41%)

Gloucester Road traders clearly overestimate the importance of car use by shoppers.

The research report says these findings ‘have real significance for business planning – as well as land use and transport….. and suggest retail vitality would be best served by traffic restraint, public transport improvements and a range of measures to improve the walking environment’.

The full report of this fascinating piece of research can be seen here. 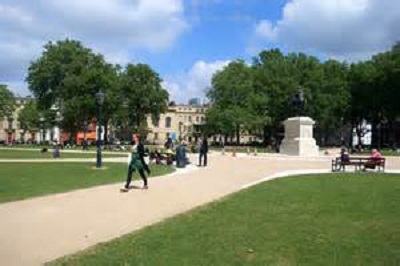 The Mayor’s vision of the importance of ‘a sense of place’ in conjunction with the need to ‘keep Bristol moving’ gives the Transport policy a guiding framework in which to construct its policy. There is a need to reduce both the growth and the speed of traffic, achievable for example, by increasing opportunities for bikes, and by imposing restraints on car traffic through schemes such as residents’ parking and 20 mph zones. Another approach is by ‘retrospective fixing’ of existing areas by reallocation of road space such as in Bristol’s Queen Square and reorganisation of traffic as on the front at Weston Super Mare. 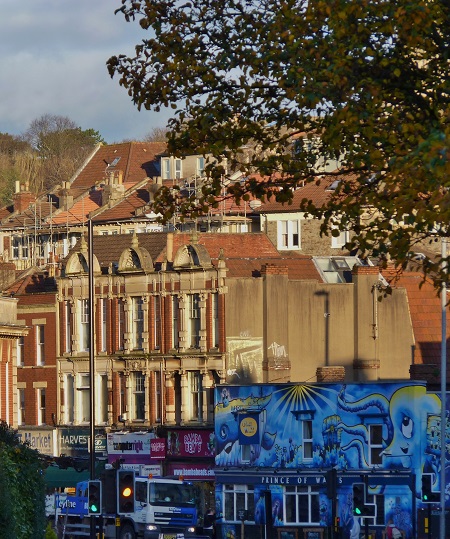 The other main speaker was Pete Insole, the Chief Archaeology officer for BCC, whose present role is to manage the process of carrying out Conservation Area character appraisals. He pointed out that the designated Gloucester Road Conservation Area (GRCA) is at present in ‘a bit of a limbo’, in need of a character appraisal. The Bishopston Society had therefore asked him if he would organise an appraisal with the help of local volunteers.

It is hoped that the GRCA appraisal will be the first step in a process that extends into an ‘Our Place’ project looking at other areas of Bishopston to determine their essential distinctive local character, and in doing so perhaps even define what we mean by ‘Bishopston’. This has already been successfully done for areas in Bristol like Westbury on Trym, St James Parade and Whitehall. All were community led projects and involved the active participation of local volunteers in mapping the assets of their areas.  The project has been inspired by the American-Canadian author on urban planning, Jane Jacobs.

A completed ‘Our Place’survey can be used to influence the planning process for any new development, making sure it positively and sensitively responds to the context of the area’s local character and distinctiveness.

Pete briefly explained that by using a series of simple symbols it is easy to indicate on a map the wide variety of an area’s assets and the features considered significant and of value. Mapped results then inform a planning process that will be in tune with the community’s own view of its sense of place.

Fifteen people at the meeting indicated they were keen to be involved in this project which Pete and a colleague will be running as a morning session on Wednesday, May 7th, starting with a short briefing in the Friends Meeting House at 300, Gloucester Road, at 10 am and finishing back at the Meeting House around 1.00pm.  Find out more here.

Daniella Radice outlined a new Neighbourhood Partnership scheme which aims to produce guided maps that will encourage walking in the neighbourhood, both for a particular purpose, like getting to and from specific destinations and also just for pleasure, that would take into account interesting features along the route. Sustainable Redland has already produced some walking maps and Daniella wants to extend the idea to the Bishopston area, loosely defined by the boundaries of Cranbrook Road, Kellaway Avenue, Ashley Down and Cromwell Road. The Local Sustainable Transport Fund has made £2,500 available for production of these walking maps. Once the basic maps have been plotted, the next stage would be to concentrate on their ‘walkability’ which would require looking at the routes in more detail, for example ensuring that they were made as safe and pleasant as possible.  Daniella welcomed anyone who would like to be involved in any part of this project. She can be contacted at:

Finally, Sarah Thorpe told the meeting of the setting up of Glos Rd Central, an initiative aimed at raising awareness of the rich mix of independent shops to be found in the stretch of the Gloucester Road going north from Pigsty Hill up to around the junction with Nevil Road. 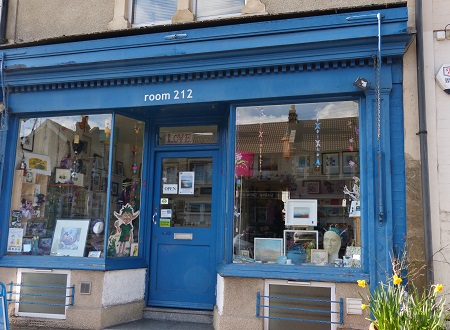 To help put Glos Rd Central on the map, there will be a ‘Mayfest’ street party here, with a range of activities planned for the whole day on Saturday, May 3rd, all part of the Neighbourhood Community Festival week.  Find out more here.
In June, Sarah intends that Glos Rd Central will take part in Big Green Week, [see: http://biggreenweek.com/] greening up the road with planters and growing edible plants.
You can get involved and keep in touch with their latest news at: twitter.com/glosrdcentral and facebook.com/GlosRdCentral

By the end of the evening one came away feeling both positive and purposeful. All four speakers had offered a variety of ideas and schemes that will significantly improve our local environment. Through voluntary based neighbourhood action and involvement, we are fortunate to have the opportunity to help bring about changes that can have a really beneficial effect on local liveability.