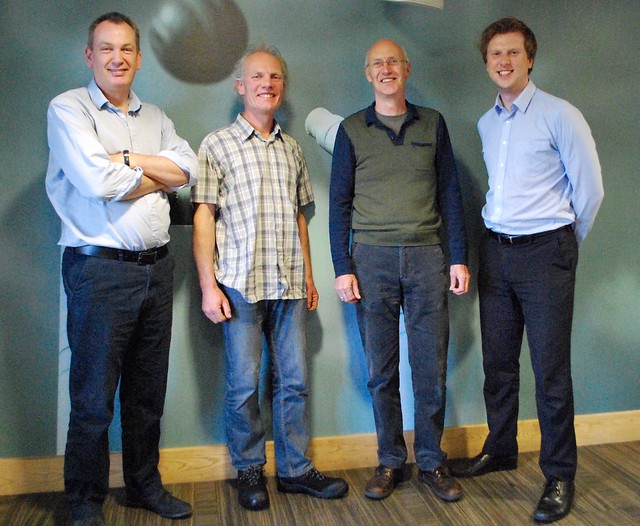 There was no hot air felt at the Bishopston Society’s latest meeting, despite its focus on air pollution controversies such as alleged inaction in the face of death rates.

Listening to three experts, a break in the proceedings to savour some delicious fruit juices, then group discussions and feedback - these were the three elements that made this meeting, held on Tuesday 4th April 2017 at Gloucester Cricket Ground, such a success.

The 70 concerned locals who turned up to learn about the major issue of urban air pollution were not disappointed. But this was not an evening for passively absorbing facts. The second half of the evening was carefully planned so small groups could get together to pool their ideas on how to bring about some positive improvement in local air pollution.

Strategically, halfway through the meeting, there was a refreshment break (traditionally held at the end of the evening) where free fruit juices were served – an organisational change that was considered to be a success and helped fuel and invigorate the group discussions that followed!

The three excellent talks from the speakers examined air pollution, nationally, as it concerns Bristol and more locally, Bishopston and the Gloucester Road.

Jim Longhurst, the first speaker, is both a Bishopston resident and an air pollution scientist based at UWE. His research extends world-wide. He is currently doing work across Europe and very recently has begun research in India. He reminded us that the problems of air pollution have been known about for many years. Yet very little action has been taken in this country to try to reduce it, despite its known long term effects on our health and very worrying statistics.

An estimated 40 – 50,000 people in the UK die prematurely as a result of breathing just two pollutants, nitrous oxides and particulate matter, the smallest of the latter being able to penetrate deeply into and through lung tissues directly into the blood system itself. However, despite this understanding, to date no death certificates have recognised air pollution as a cause of death.

In Bristol and most other major cities, the main cause of air pollution is the combustion of diesel and petrol fuels by motor traffic. Put simply, the nitrogen dioxide and particulates so produced create a problem in cities because there are so many vehicles operating within a congested space. There are known measures and methods to reduce the scale and complexity of air pollution, but we seem reluctant to take the necessary action through these interventions.

There seems to be no political will, either at national or local level, to produce action plans supported by the necessary legislation. The intention is there, but not the policies to put it into practice. If we are serious about reducing air pollution, we will need to show willingness to change our habits, sometimes quite profoundly. At present we are apparently unwilling to change the behaviours and the processes that have caused this problem.

Having given a rather depressing account of where we presently stand on this issue, Jim concluded with a flicker of hope for the immediate future. The government is to introduce a new Clean Air programme, a requirement of EU legislation. This should have the effect of making us speed up our compliance with existing European laws on air pollution.

Check your own air quality

Gavin Spittlehouse, a leading member of Sustainable Bishopston (which co-organised the meeting) then gave a wide ranging talk that looked at the nature of air pollutants, their sources, their effects, ways in which levels can vary and by which they can be monitored. He pointed out that commercial vehicles are not necessarily the biggest polluters. Because of factors like their less efficient exhaust filtering systems, small diesel cars can, per litre of fuel burnt, produce 10 times the emissions of a large lorry.

Bristol has an air quality monitoring area which covers the city centre with extensions outwards including the Gloucester Road approximately up to Monks Park. There are five major monitoring stations around Bristol (though none are located in North Bristol) which give readings every hour in real time, and these data can be accessed on a dedicated BCC website.

Clear patterns show that levels are highest at times that correspond with rush hours, and are greater during the week than at weekends. It is now possible for interested individuals to monitor nitrogen oxide levels over a monthly period outside their house. These kits are available from Friends of the Earth for £15 via www.foe.co.uk/go/clean-air-kit - FoE will analyse your samples and send you the results.

Bristol’s response to its air pollution problems is definitely lagging behind cities like London, Paris, Berlin and Athens, which are all working towards seriously reducing pollution by setting specific targets for low emission zones and/or setting dates when policies on exclusion of diesel vehicles from city centres will start.

Our planning system is looking to control the number of freight deliveries into Bristol, but even if this works, it could be negated by the potentially large increase in traffic generated by the large Cribbs Causeway development, much of which would probably use the Gloucester Road to get into Bristol. Low emission zones were included in the present mayor’s election manifesto, but nothing has yet been done to implement them.

However, there is hope that a recently awarded £500,000 grant to Bristol and South Gloucestershire to investigate the setting up of low emission zones in the city will begin to have an impact on pollution levels, though it is doubtful that such a zone would extend out to the Gloucester Road. One small but positive step recently taken by the council has been its decision not to grant any further licences for diesel taxis from next year.

Tom Brook, local Labour councillor for Bishopston and Ashley Down, was our third speaker. He began by suggesting that instead of thinking of pollution in terms of a challenge, we could see it in a more positive light as an opportunity to improve the economy and the environment; an opportunity we cannot afford to miss. He mentioned some of the actions being taken by big cities world-wide and said Bristol should use these to inform its own anti-pollution policies. The council is beginning to take action through the setting up of a freight consolidation centre, residents parking schemes, and efforts to improve the bus network.

However one thing that also has to happen is improvement in public awareness. Many still do not know the scale of the problem. Individuals and organisations also need to become involved. The Bishopston Society is committed to starting this process. Additionally, local residents should keep up the pressure on councillors to take action, badgering them and the mayor and the new Metro mayor when elected next month.

Jim Longhurst injected some further useful information at this point concerning ClairCity, a new European wide project which UWE is about to set into operation which will give further opportunity for citizens to engage in dealing with the issue of air pollution. Bristol will be one of six cities involved and BCC is a partner in the project.

The aim is to find out exactly how citizens of these cities want to live and work in the future - and perhaps, more importantly, what they are prepared to do to help improve the quality of the air they will be breathing in their future cities. Further information on this four year project can be found at claircity.eu.

Individual steps we can take

A final contribution to the information-giving part of the evening came from Kevin Malloy, a member of the Society and the local Walking Project, who began by offering the simple but effective advice to all of us to ‘walk a little more, drive a little less’. He then detailed six simple opportunities for helping to make walking a more enjoyable experience locally and in Bristol. If done on an individual basis these might seem small and insignificant acts, but the more of us that adopted them, then cumulatively the effects can be much greater:-

Further news will follow here as this important issue continues to play out around us, including the results of the small-group sessions held at the above meeting.

Meanwhile, please remember that articles from three of our speakers were published beforehand exclusively for Bishopston Society as follows:-