The Bishopston Society attended the initial consultation event held in the existing building at 65, North Road on 21 October and submitted our comments on behalf of the Society via the developer's consultation set up. The proposals for this development do not appear to have changed in any substantial way since that time.

The Bishopston Society would like to object to this application on many grounds. Firstly, the proposed demolition of this building would not only result in the loss of an interesting and characterful piece of urban fabric but also the loss of community/commercial facilities which have enhanced the social fabric of the area. The architectural design of the proposal is at best unconvincing, being neither in keeping with its surroundings nor even honestly modern. With its mundane choice of cladding materials, ill-proportioned and positioned fenestration and its boxy profile, the South East Elevation (when viewed alongside bonafide terraced houses) has the appearance of 'contractors cabins'. This is not a satisfactory response to such an interesting site right on the edge of a conservation area.

With regard to the overall massing on the scheme, it has to be said that 9 flats is too much for such a cramped site. The two large flats on the lower levels in the rear corner of the site each have two double bedrooms which look out onto a sunken alleyway/lightwell. These rooms would have no outlook and extremely little daylight. In fact these flats have only one proper window, into the living room. This will not provide satisfactory living conditions.

The development is described quite wrongly as a 'zero-car scheme' on the basis that it is sited adjacent to a main bus route. The evidence is that regardless of the bus route, the local area is crammed with cars often double parked. This development would obviously add substantially to the problem. 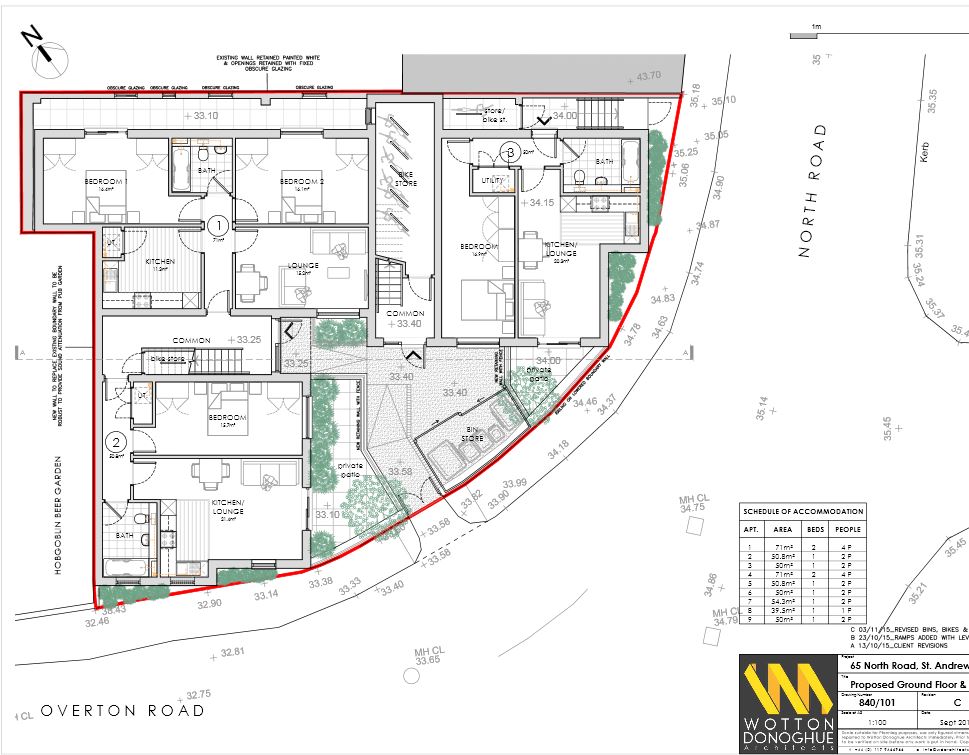 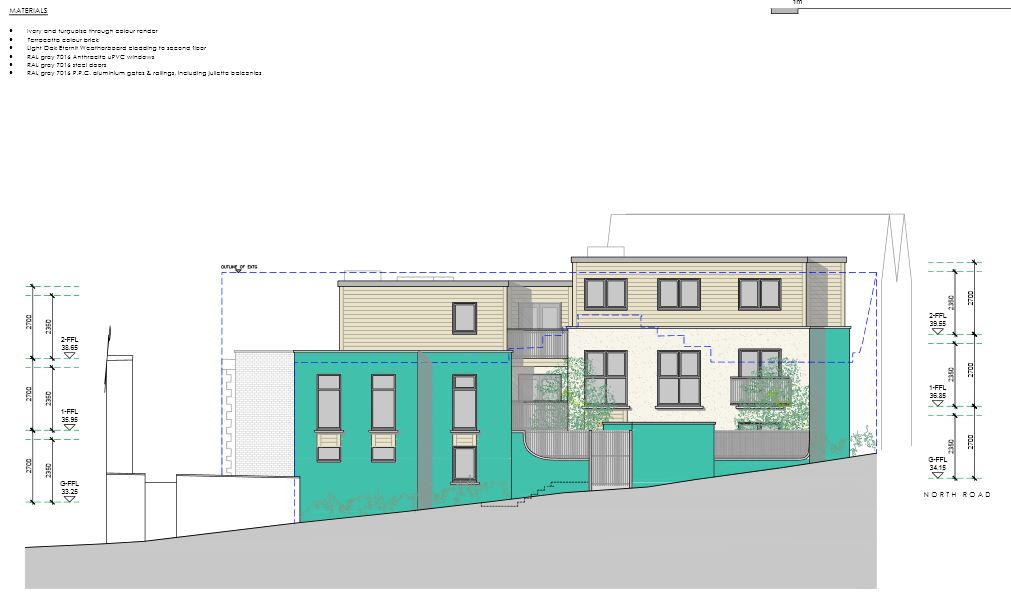 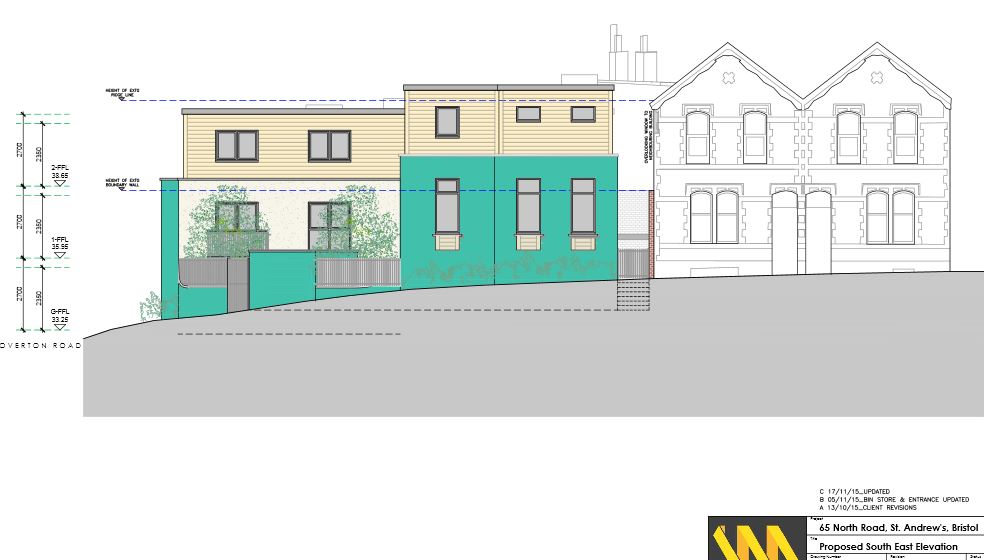