Due to lack of time and resources we have focussed our comments on the proposed new entrance block proposed on the Bishop Road frontage.

The Bishopston Society have reviewed the planning proposals for the new two storey extension on the Bishop Road frontage and have to say that we share the concern of many local residents that the design is inappropriate and will be detrimental to the character of the existing school.

The school building is very extensive and, with the exception of the sports hall, remains intact to the original concept.  The composition and execution of the building is of a high standard and arguably worthy of a Grade 2 listing.  The draft design proposal has been consciously designed in an alien form and style to contrast with the existing building.  The theory behind this approach is that the old and the new mutually benefit from this contrast.  This can succeed at the highest level of design when for example converting a medieval building into an arts facility by the careful addition of extremely elegant minimalist insertions.  This is not the case with this proposal.  The new wing is simply designed in a form and style which, whilst having no connection with the existing building, is arbitrary and all too familiar from recent new-build educational and commercial projects.

By contrast, we feel that the existing school building is of an architectural quality such that it should be considered for listing and furthermore that any new extension to the building should be designed in such a manner that it respects and preserves the character of the existing composition.  This is not to say that it is necessary or even feasible to replicate the existing old building in fine detail and for example to use natural stonework for all external walls, but it is paramount in our view to respect the character and form of the original in any new proposed addition.  We have attached an alternative scheme, based on exactly the same plan layout, which demonstrates that it is possible to design the new extension in such a way that it sits harmoniously with and reinforces the composition and setting of the existing building.

It would be all too easy to spoil the main frontage of the school by the addition of an inappropriate addition.  Once the setting and integrity of the building is lost it is gone forever.

We consider that the opposition to this application as expressed by ourselves and many local residents at the pre application stage has been very much played down and ignored. The Design and Access statement states that ‘mixed comments’ have been received but that it was felt that the current proposals cater for the needs of the school.  Firm objections by a significant section of the local community greatly concerned at the proposals to deface a much loved local building should not be dismissed so lightly.  There is no suggestion that the needs of the school should not be met in any way, but simply that the form and style of the proposed extension should respect the pattern and character of the existing school, rather than  choosing to deliberately to ignore it.

We recommend that the current proposal is reviewed and amended such that it complements the character of the existing building.  In its current form we strongly recommend refusal.

We have made an application to have the school listed and currently await the outcome. 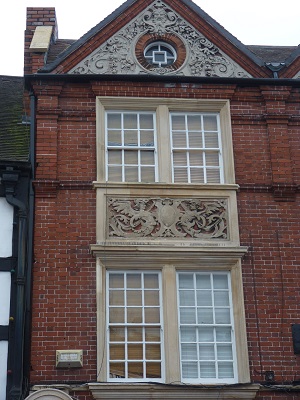 The Bishopston Society
This series starts tonight. Also Bristol Archives are creating a number of resources to help people research their home’s history. Experts will be hosting a free online talk to help people get started on Wednesday, June 10 at 5pm. They are also taking part in #HouseHistoryHour on Twitter every Thursday at 7pm, for tips, insights and case studies.

The Bishopston Society
Many people already use Know Your Place as a way to find out more about local history. Nick Howes is worth following on Twitter as he posts auto coloured old photos of Bristol. The interest in Bristol’s past will only grow when the new series of A House Through Time starts on BBC Two on May 26 following stories of residents of 10 Guinea Street in Redcliffe from the 18th century to the present day.

The Bishopston Society
"The state of many pavements in Bristol is of a shocking quality. Raised flagstones, wonky grate covers, loose paving stones and cracked flags are a constant menace. Not just to a wheelchair user but to buggies, pushchairs, people using canes and frames and any number of issues that makes walking difficult." The embedded poem on the 73 bus is interesting.
Comments

Bill SingletonThursday 21 May
A poor choice of pavement materials. Broken by vehicles driving/parking on it. If these weak concrete flags are going to be used there must be action against pavement parking. Alternatively, use reinforced flags.

The Bishopston Society
The name was inspired by statistics from a Harvard business school study, which found there’s a 60 per cent greater economic benefit to your community if you choose to shop in a local independent store rather than a large supermarket.