Likely local implications if Bristol’s arena is built at Filton 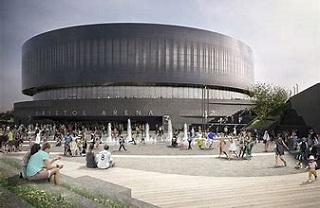 Many people who care about air quality and congestion in Bristol are concerned that Bristol’s Mayor, Marvin Rees, is having second thoughts about building a Bristol arena at Temple Meads and is considering an alternative location in Filton.

This alternative site would be far removed from the City Centre and existing transport links. We suspect this would result in significant congestion and air pollution in both Bristol and Filton with large volumes of people driving to and from this out-of-city location.

We believe that building Bristol’s arena at the originally planned site, in the heart of the city at Temple Meads, is the right location and the most sustainable choice for an arena for Bristol. People are most likely to come this arena on foot, by bike or on public transport and much less likely to drive. The opposite would be true of an arena situated at Filton.

If you believe that an arena should be built in central Bristol not on the outskirts of the city then please sign the petition below, where the full case is presented for building the Arena at Temple Meads and not at Filton: