Bristol to look like most other UK cities - with generic High Rise developments? 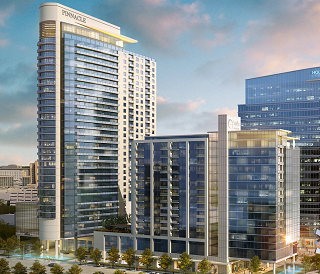 The final draft of BCC's Urban Living Supplementary Planning Document (SPD) on tall buildings has just come out and extraordinarily, the draft SPD greatly strengthens the encouragement of tall buildings by the city (https://goo.gl/N4XJsW).

The Bishopston Society is very much against this view of Bristol's future development. This is our comment from our latest Planning Report by Neil Embleton:

TALL BUILDINGS
The Mayor of Bristol has, without prior consultation, stipulated that the new Local Plan should positively encourage tall buildings (10 storeys and above) ‘in the right place and of the right design’.
He sees tall buildings as an indication of a city which is forward looking and modern in its approach. Our view, shared by the Bristol Civic Society, is that tall buildings are inappropriate as a means of achieving high density and have considerable disadvantages as follows:

* Tall buildings do not achieve high density because of the space required between them.
* They can cause social isolation,
* They also create unpleasant wind turbulence locally.
* They are expensive to build and maintain and, as we have seen at Grenfell Tower, can be dangerous unless carefully designed and maintained.
* They have the effect of making all towns look alike and disrupt precious views of historic landmarks.

Amsterdam, Paris and Copenhagen have all banned tall buildings within their central areas, to avoid adverse impact on the historical integrity of their built heritage. The ideal solution lies squarely with MID RISE development of 3 – 6 storeys which achieves high density but within a tight and liveable framework and which does not impose itself on surrounding areas of the city. The best example of high density mid rise development is Clifton itself, which comprises almost exclusively terraced houses and has proved to be the most popular area of Bristol, because of its architectural quality combined with its compactness, which means that a wide range of local facilities are available within easy walking distance. Like Amsterdam, Paris and Copenhagen, Bristol attracts thousands of tourists every year because of its heritage and the attractive and authentic quality of the city. This should not be undermined by a passing fad for high rise buildings which can be seen in any city in the land.

The draft document supports tall building development, 'despite unambiguous rejection of the new policy on tall buildings by 85% of respondents during the statutory consultation and despite a clear promise by the planning officers at a June 13 Harbourside verbal presentation that the emphasis on tall buildings would be taken out of the SPD and deferred until the later City Plan.

This is outrageous. It is also very important. The draft SPD means that if councillors reject a tall building application, their rejection will almost inevitably be overturned on appeal. Councillors can only reject a building on the basis of policies in the SPD - otherwise they will be overuled on appeal. This is what makes the SPD so important. Councillors will be rendered powerless to resist ugly towers.
As a reminder, here is a list of tall buildings coming up:
Planning permissions granted:

Various developments on the north side of Castle Park (Wine Street), with rumoured heights of 14-18 storeys.
Possible high-rise city, Chinese investors willing, in the Cumberland Basin.

A city referendum on tall buildings is called for. Local referendums have been held in the UK since 1913, and are now governed by the Local Government Act 2003, which says that: "The Government believes that councils should see and use referendums as an important tool to give local people a bigger say."
A city referendum is urgent because the proposals will have a fundamental impact on the shape of Bristol. This is a major turning point in the city's history - the replacement of the unique historic Bristol that we know and love, by a generic high-rise city, similar to every other generic cluster of tower blocks. Cities of tower blocks are, after all, everywhere more or less the same.

The changes have zero democratic legitimacy. Marvin Rees' mayoral election campaign did not even mention tall buildings.
If Mayor Rees believes that people support the dramatic changes he proposes, he should be prepared to put his plans to the vote'.