Delays with Baths and Library development: Copy of letter sent to Bristol Post 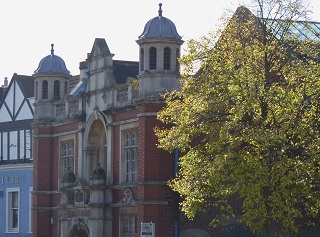 I am writing to express my view that the development of the former swimming baths and building of a library in Gloucester Road by Bristol City Council and Chatsworth Homes has spiraled into an expensive farce.

The council closed the site late on Friday the 31st. January for a stop and review said to be 3 weeks. It is now 19 weeks and the site remains closed. I understand that Chatsworth Homes asked permission on at least 5 occasions to weather protect the half completed library site, or that BCC authorise contractors directly to do so but were told it was not necessary. The building remained largely unprotected throughout the wettest winter on record and not surprisingly is damaged.

The Council initiated an “independent” review of the work which reported faults. A considerable number were challenged by Chatsworth and were revised, but Chatsworth has accepted liability on behalf of its contractors for others and agreed to put them right at their own cost.

Over the past months I have tried to get answers from the Council about the delay but all I get is “oh it’s complicated”. They keep blaming Chatsworth Homes and Chatsworth when asked say they are totally frustrated at not being able allowed to finish the project. Local Councilors appear unable or unwilling to try and get the matter resolved.

I know it has crossed the Mayors desk. I thought we had a Mayor who could get things done. Clearly not in this case.

It is the people in the area who are losing out and the people of Bristol who will pay either through the council tax or by loss of yet more services.

Is there no one in this City who can bang a few heads together to put an end to this debacle ?.

Here is a brief (but hopeful?) email reply from the Councillor who is now responsible for libraries, Gus Hoyt:

I have recently taken over libraries and have asked for an emergency briefing on the subject as I have followed this site for a long time now.