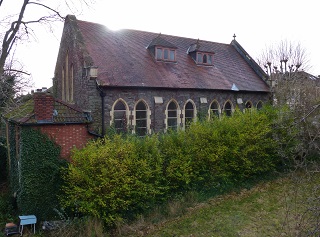 Plans to convert the chapel on Cranbrook Road in Bishopston have been approved by Bristol City Council. The Victorian building will now be converted into 2 family houses and 3 flats.

The Chapel was built in 1899 but closed its doors as a church in 2013, when the congregation had dwindled to single figures.The background to the development of this site and a history of the church can be seen elsewhere on our website here

Brownfield Green, a Bristol-based company which specialises in converting historic buildings into contemporary homes, have purchased the site and obtained planning permission.

“This is a really charming chapel with a large garden, right in the middle of a fairly built-up area. We’re going to restore the existing building, extending at basement level to create the new homes” explained Brownfield Green’s Director Alex Fawcett. “The chapel had become overgrown and neglected in recent years, so its very exciting to be restoring it to its former glory. It’s got some lovely original features that we’ll be keeping wherever we can”.

There was a keen level of interest by the local community in the planning application, the key issue being the green space around the church and the cluster of trees near Elton Road. The application had proposed removing two trees in order to create a parking space for each of the 2 houses. As a result of the concerns raised by local residents, the Council planning team agreed that the parking area could be accessed from Kersteman Road rather than Elton Road. “This solution means that no protected trees will be removed to create car parking and there won’t be any loss of existing on-street parking on Elton Road. We’re very pleased to have been able to work with the neighbours’ feedback to come up with a better outcome” said Alex, adding “By retaining the existing chapel we aren’t building on the green space around it – keeping that sense of openness as well as providing pretty large gardens for the new homes”. 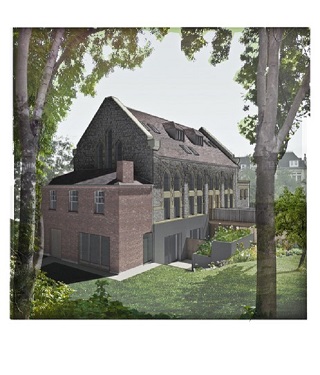 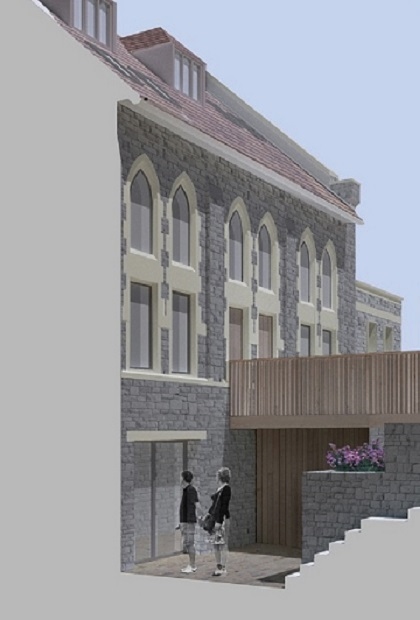 New Church development plan, before and after: 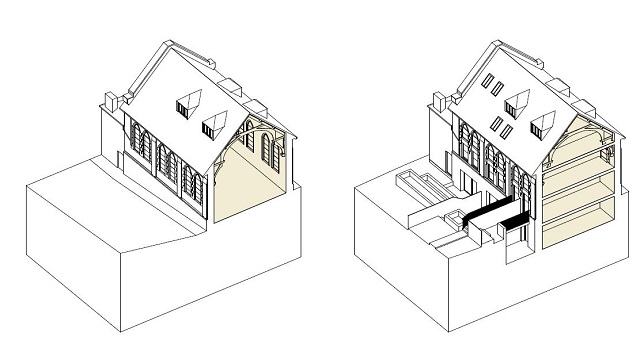 Developers and building contractors Brownfield Green can now start in earnest their programme of restoration and conversion. The building works should take around 8 months and the new homes are expected to be ready in Spring 2016.