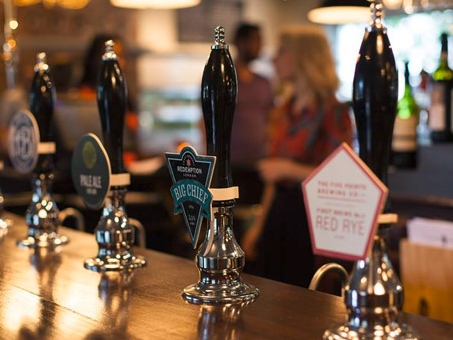 A licensing application has been made for sales up to 4 o'clock in the morning, within the Cumulative Impact Area.

The Bishopston Society is requesting refusal  :

Proposed relevant licensable activities to be carried on or from the premises:

The above application appears to be asking for the same hours as the one on your website in March although that one did not show opening hours fully.  The Bishopston Society continues to strongly object to the application which does not meet any of the criteria in the CIA.

As the Licensing Committee are aware the Gloucester Road CIA covers a stretch of Gloucester Road from its junction with Pitt Road and Rudthorpe Road to the Arches on Cheltenham Road and also includes a section of Zetland Road (Map at Appendix D is shown on your website).  This property falls within the CIA

The Council's policy shows that this stretch of Gloucester Road, which is a major transport route in and out of the city, features a mix of retail and leisure uses with primarily residential areas above and behind the frontages. The request for a CIA to be introduced was made by the Police and supported by local residential amenity groups. The potential for increased public nuisance and crime and disorder arising from further licenses being granted is a major concern for local residents in this area and the Police. In particular the area, which has a significant concentration of alcohol led late night venues, witnesses a high number of assaults and other related crime and disorder including public nuisance and risk to public safety. The ability to prevent further encroachment into the normal sleeping times of local residents is also a key aspect of this policy. The policy will apply to further applications for the grant of new licenses or significant variations of existing licenses in respect of premises that primarily sell alcohol for consumption on the premises, other late night uses, restaurants and take away outlets. The main focus of the policy is likely to be on alcohol led establishments and premises that keep customers in the area at times when the promotion of the licensing objectives is most challenging (for example late night refreshment from “fast food” outlets)

These premises fall within the Gloucester Road CIA and we therefore understand that the presumption is to refuse such an application.  As far as we are aware these premises did not previously have a licence so this would be a completely new facility.

The CIA was imposed in 2010, at the request of the police, on the area partly in recognition of the fact that alcohol misuse has resulted in chronic antisocial behaviour which has had an unacceptable nuisance impact on local residents. The development of this establishment would have a negative impact on Crime and Disorder, which is one of the licensing objectives within the CIA -  please refer to the Council's own policy on this area.  We understand from the policy guidance that the cumulative impact policy is intended to be strictly applied and that applications which would seek to be allowed as an exception to the cumulative impact policy will generally be favourably considered if they are judged to encourage a greater variety of types of entertainment than currently exists in these areas.  We believe that this application does not meet this criteria.

Whilst the sale of alcohol at these premises may be a new a new facility and opening until 4 am would certainly be an unwanted new facility -  and if granted would open the floodgates to application for variations of licenses from licensed premises in the area -  it is not one which is desired in the area and will, we fear, risk further nuisance and public disorder.  We understand that the previous opening hours for this property as a take away were until 11 pm.

You may be away of the 'normal' Saturday and Sunday morning squalor and unpleasantness not only at Stokes Croft, the Cheltenham Road but also in the CIA of the Gloucester Road.   If not, please say so and we will be happy to take photographs for the committee.

We request that this application is refused on the grounds of the Council's own policy guidelines.